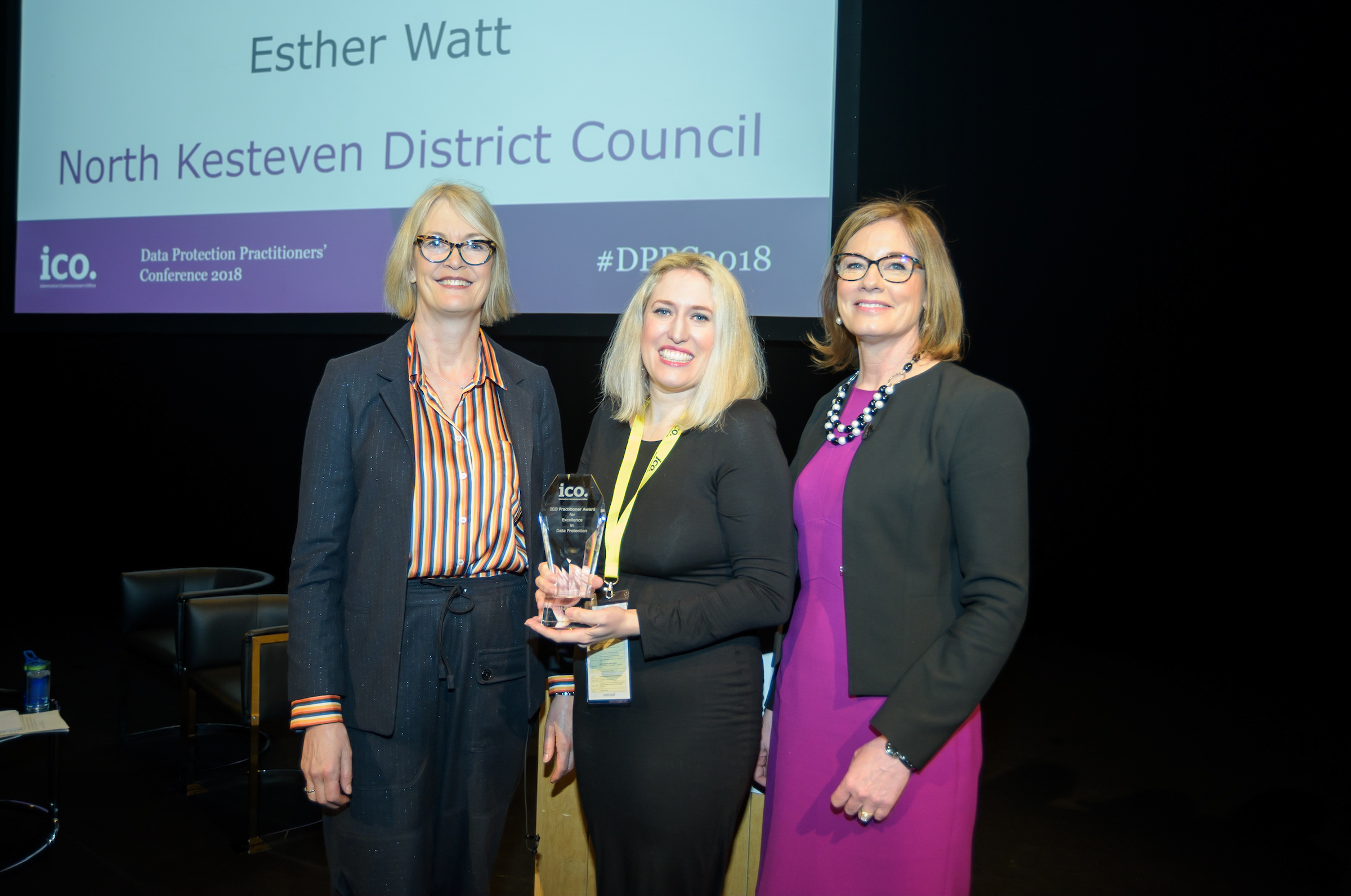 Recognising the increasingly vital role played by professionals working in the sector, the inaugural ICO Practitioner Award for Excellence in Data Protection was presented to Esther Watt, Data Protection Officer (DPO) at North Kesteven Council in Lincolnshire, who was chosen by an independent panel of five judges from more than 100 nominations.

"I’m delighted to have been chosen for this award and extremely grateful to have been nominated for it. Data protection officers are increasingly important on the front line of the new digital society, ensuring the rights of the public are protected while also making sure their organisations are legally compliant."

You can read the full release here.